Jeanette Demeestère
new work|archive . presse|about|contact
Jeanette Demeestère is a Franco-American artist whose work has been shown in galleries in Europe and America, and is included in a number of private collections. She is known for her portraits and collages, rendered in charcoal, watercolor, acrylics, pastel (both oil and dry), her muted colors and fine, strong lines. She lives in Paris and in the United States.
Demeestère studied literature and art at the University of California, Berkeley, where she was a student of Elmer Bishoff and Hans Hoffmann. A professor of American Literature at the Institut d'Etudes Politiques in Paris, she has translated the work of the German-Jewish poet and artist Else Lasker-Schüler (Selected Poems, Green Integer Press, 2002). Recent exhibitions of her work have been held at the Art et Littérature Gallery in Paris (2004) and, in 2009, at the Chilmark Library in Martha's Vineyard. 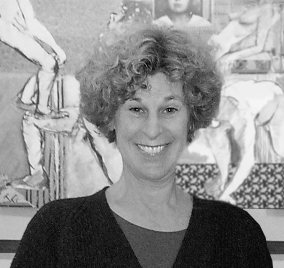